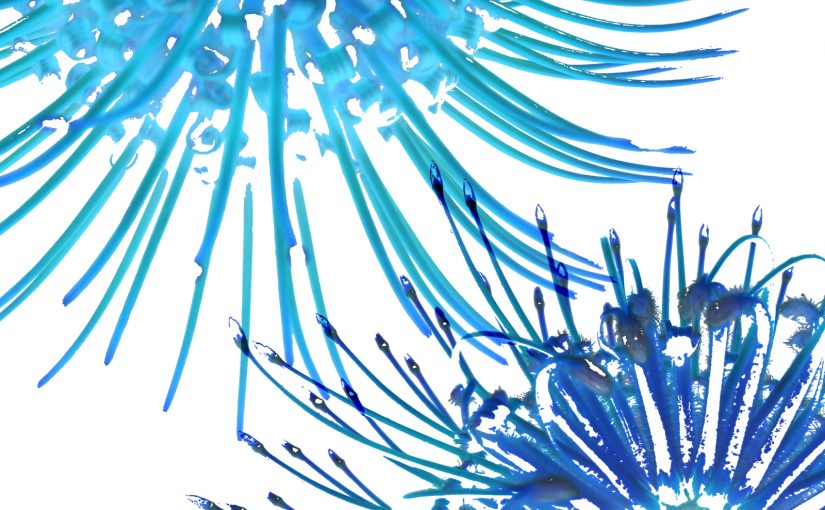 I recorded my live set from the Secret Wilderness, Sacramence, Profit Prison, Vacuole Eyes, DJ Arab Dad show at Rhizome on August 3, 2019. There are two new songs I’m working on featured here (start and end) as well as Doggerland, Musique Brocante, Wild Sand, and Can’t Be Found. Three of these are on the new split tape I did with Blacklit, information on that can be found here.

I spent a fair amount of time programming as much midi automation as I could to cut down on things I had to remember to do. I’ve found preparing for live sets can vary depending on the type of set you want to do. For something where I’m playing more songs w/ structures, programming is key. That pretty much left needing to remember to change the Volca FM & D-05 banks and set the proper octave on the Keystep. This way I could focus on things like filters, LFOs, FX, and muting RYTM pads.

The gear setup for this set is listed below.

I also tend to sketch out lots of notes when I’m working on live sets. The reason is sometimes I need to cut songs and add new ones or make changes and it helps to know how it’s all programmed into the Squarp. Here’s a few different sketches I do to keep track of patterns, synths, mute states, and song structures.

The top two are the mute states of patterns for a sequence on the Squarp Pyramid. So these could be like intro, verse, chorus and the rows are the instruments like midi to the Volca FM or midi to the Digitakt.. Each box is a pattern in the row so the Volca FM could have 3 parts in the song.

The bottom left is drum programming. I maxed out the memory of a Project on the RYTM and it was causing things to go sideways so I had to save all the drum parts out, map all the patterns, and then create a new project and import the drum parts and re-map the patterns. Sounds like a ton of work but it wasn’t. And bottom right is a older song I haven’t played since spring but I did some color coding and should probably try doing this more. 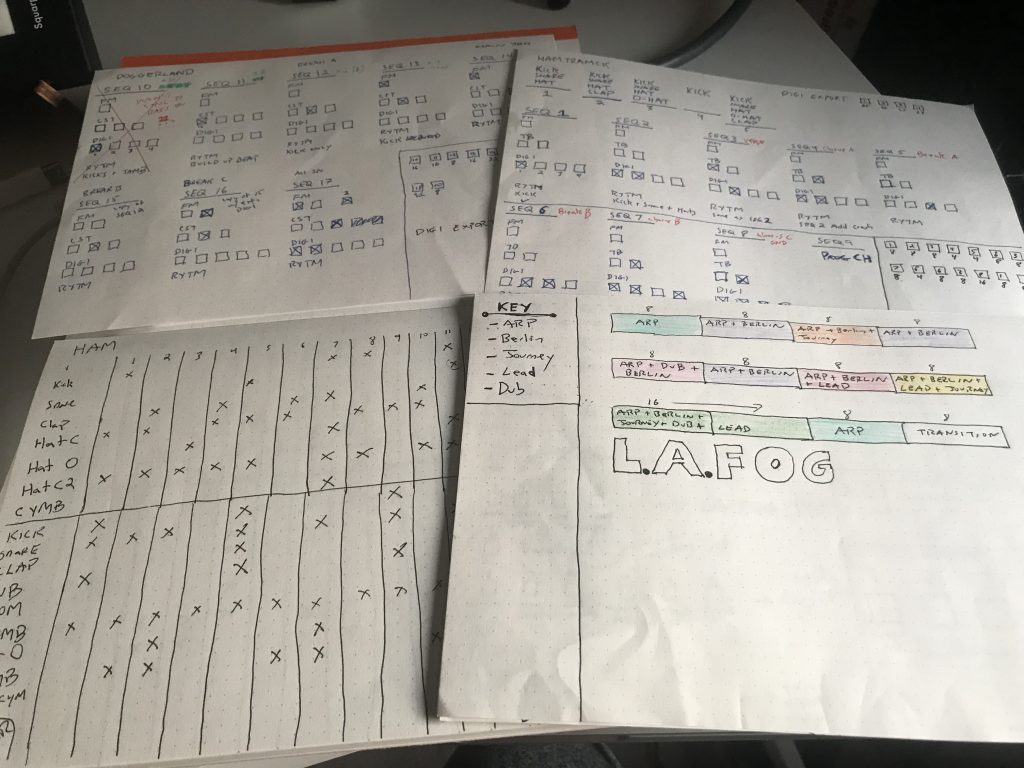